Marc Hyden spoke to a full room of stu­dents on why con­ser­v­a­tives should oppose the death penalty Tuesday in Lane Hall.

Marc Hyden gave a speech on how con­ser­vatism should view the death penalty in a pre­sen­tation Tuesday spon­sored by the Hillsdale Young Amer­icans for Freedom. Hyden is the national advocacy coor­di­nator for Con­ser­v­a­tives Con­cerned about the Death Penalty

Talking to a full room, Hyden said earlier in his life, he sup­ported capital pun­ishment “almost with a zeal.” As he dis­covered more about the system, however, the less he could defend the death penalty.

He shared the stories of several people who were wrongly con­victed, either because of pros­e­cu­torial mis­conduct, faulty forensics, or other pro­ce­dural errors. Some even­tually were released, while others were exe­cuted.

“I had a hard time jus­ti­fying this program,” he said in light of these cases.

Nineteen states, including Michigan, have repealed the death penalty, and support for capital pun­ishment is at its lowest point in 40 years, according to Hyden.

“The world is changing,” Hyden said, “The death penalty is slowly dying whether we like it or not.”

With the number of mis­takes made, Hyden ques­tioned if the cit­izens can trust the gov­ernment, prone to flawed systems.

“There’s no greater power than the power to take a life,” Hyden said. “When you have a program designed to kill guilty U.S. cit­izens, it has to be perfect.” 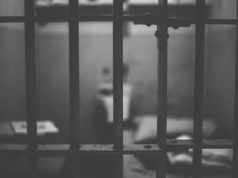 Christians should not support the death penalty

Let Them Live: The Problems With Capital Punishment