When Trace Adkins took the stage at the Hillsdale County Fair at 7:30 p.m. Wednesday night, it was a moment many members of the audience had looked forward to for a long time.

Sherry Huff drove from Holly, Michigan to attend the concert with her two daughters Hannah and Abigail, who live in Hillsdale.

“I’ve been a fan since before they were born, maybe 18 years,” Huff said. “He was as awesome live as he is on the radio.”

The Hillsdale County Fair brings in one major musical act each year, and the decision to bring in Trace Adkins was very popular. The entire arena was packed.

Adkins, who released his debut album Dreamin’ Out Loud 20 years ago, has since released seven more albums and developed a huge fanbase. His songs have appeared on the U.S. Bill­board Hot 100 Chart 17 times.

“I was at the door coming in and there are lots of people that are hardcore Trace Adkins fans, you know, from years back,” said Tim Hart Haberl of Battle Creek radio station WIN 98.5. “Because he is more of a tra­di­tional artist, not nec­es­sarily a top country artist, that’s why you’re going to get more of a tra­di­tional crowd out here.”

WIN 98.5 was on the scene before the show to entertain waiting fans, inter­acting with the crowd and throwing out T‑shirts and other sou­venirs.

Adkins, backed by a six-member band, played a set including many of his hits as well as some throwback covers of classic country songs. He engaged with the audience fre­quently, making ref­er­ences to Hillsdale, and offering his micro­phone to the crowd to finish lines, with which they com­plied enthu­si­as­ti­cally. He invited them all to come see him perform at the Grand Old Opry the fol­lowing night.

The audience was enthu­si­astic but subdued until Adkins played his hit song Honky Tonk Badonkadonk near the end of the show, at which point audience members were imme­di­ately on their feet.

The show lasted about an hour and a half, with Adkins exiting shortly after 9 p.m.

One audience member said that she had expected a longer show, and that there had been less energy onstage and off than she had hoped.

“What you have here tonight are true country music fans, because Trace is one of the best we have in country music,” Wild Bill Lewis, radio host at WIN 98.5 said, “And he’s been around for a while, so he’s not a newbie. Some people here tonight have probably been to a Trace Adkins concert before. They know he’s gonna put on a great show.” 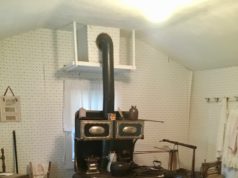 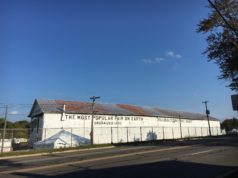