Junior Rachelle Fer­guson is not only a tal­ented writer and musician. As of this summer, she is a budding entre­preneur as well.

Cur­rently, three of Ferguson’s plays are available for pur­chase: “Rejected: The Inside Story,” “Padlock Homes and the Case of the Missing Splinter,” and “The Gift.” A fourth play, “Narrow Escape,” will soon be available.

Ferguson’s skill as a play­wright was kindled at a young age, when she and her older sister, LaRae Fer­guson ’15, began writing skits for their parents and per­forming them with stuffed animals. Several years ago, Fer­guson took that talent to a new level. Julia Thomas, the drama director at Ferguson’s home church — Wes­leyan Bible Holiness Church in Illinois — was searching for plays online but had dif­fi­culty finding dramas that were both thought-pro­voking and Christian.

“It’s almost insulting to young people,” Thomas said. She noted many Christian plays only deal with exhausted issues such as peer pressure or drugs.

When Fer­guson noticed the needs of this spe­cific audience, she put her own ideas to paper and began writing plays for Thomas to use in the church’s drama program. During the past four or five years, she has written a total of four plays for Thomas, and the church drama group has staged them for both summer camps and annual Christmas per­for­mances — with Fer­guson even acting in the plays herself.

“It’s our favorite event to attend every Christmas season,” she said. “I really appre­ciate her balance of humor, morals, and ways of cap­turing the audience’s attention. Her plays are always well done and portray truths in a subtle way. It all fits together per­fectly.”

Fer­guson said she writes not only for the audience and for the com­munity, but also for the kids involved. Every drama is a teaching oppor­tunity for the cast.

According to Thomas, “Young children giggle, but everyone walks away having under­stood some­thing. We are all learning together.” Thomas’ 10-year-old son has also been inspired by Fer­guson, and longs to become an author someday.

Ferguson’s favorite char­acter is the incom­petent Detective Walter Breck­en­ridge. She spoke of him proudly.

“He’s rather pompous,” she said. “Rather squeamish. He faints a lot, and doughnuts always revive him — and comic books.”

Theater directors Joana and Jon Stratton at Hobe Sound Bible College in Florida are good friends of Ferguson’s and can speak to the quality of her writing.

“We like the way that her plays not only influence the audience, but also the actors them­selves,” Jon Stratton said. “She’s developed a talent for drawing an audience in and taking their walls down. Truth is pre­sented beau­ti­fully in the context of a story without having to have a perfect ending.”

Despite the beau­tiful results, Fer­guson admits the tasks involved in starting Kit­tywham Pro­duc­tions —such as designing the website — was more dif­ficult than she had expected.

“I didn’t antic­ipate quite all the time it would take,” she said. “It ate up July and August — going through and editing every­thing, then keeping up the blog on the website once a week or so, and finally getting on Facebook.”

Nev­er­theless, Fer­guson has already sold one set of plays, and is in com­mu­ni­cation with mul­tiple prospective cus­tomers. She hopes to con­tinue writing and pro­ducing more material to print and sell.

“I think her company is really going to boom,” Jon Stratton said. “She is an encour­agement to us.” 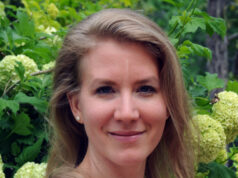 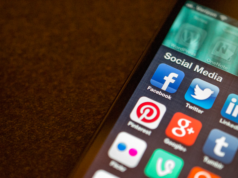