The federal gov­ernment recently released a com­pre­hensive guide to col­leges and uni­ver­sities in the United States — but Hillsdale College is con­spic­u­ously absent.

Last week, the White House announced the new database of graduate employment and student loan sta­tistics from every insti­tution of higher edu­cation in the country. The “College Scorecard” is designed to help prospective stu­dents “identify which schools provide the biggest bang for your buck.”

Pres­ident Barack Obama said, “Amer­icans will now have access to reliable data on every insti­tution of higher edu­cation. You’ll be able to see how much each school’s grad­uates earn, how much debt they graduate with, and what per­centage of a school’s stu­dents can pay back their loans — which will help all of us see which schools do the best job of preparing America for success.”

But Hillsdale College, ranked 17th in Kiplinger’s recent list of Best Value Liberal Arts Col­leges, is not listed in the database, which is a project of the U.S. Department of Edu­cation in coop­er­ation with the White House.

“Hillsdale does offer bachelor’s degrees,” Denise Horn, assistant press sec­retary for the U.S. Department of Edu­cation, told the Col­legian. “However, because the plu­rality of degrees it awards are cer­tifi­cates, not two-year or four-year degrees, it was not included on the Scorecard at launch.”

Grove City College, another school known for refusing to take federal funding, was also excluded from the list.

There is one “Hillsdale” college in the database: Hillsdale Free Will Baptist College, located in Moore, Oklahoma, with 195 under­graduate stu­dents.

According to the grad­u­ation require­ments listed by the college reg­istrar, Hillsdale offers two bac­calau­reate degrees, “each based on the com­pletion of four years of study in the liberal arts.”

The Department of Edu­cation doesn’t agree that those spec­i­fi­ca­tions make Hillsdale a four-year insti­tution.

Though Hillsdale does not accept federal funding, the college does submit some data to be included in analyses of accredited ranking com­panies such as U.S. News and World Report, which use data from the federal gov­ernment to gen­erate rankings.

“At least under the current admin­is­tration,” said College Pres­ident Larry Arnn, “they refuse to receive it unless we include data about race of stu­dents and other things that we have never col­lected, that is, we have not col­lected this data for more than 170 years.”

While infor­mation cov­ering the eth­nicity of the student body is one of the data sets listed in the “scorecard,” there are many schools with certain sets of data listed as “unavailable.”

“We may be the first insti­tution of any kind any­where to commit in its charter to admit stu­dents ‘without regard to race, sex, or national origin,’” Arnn said. “Never mind that. The federal gov­ernment demands that we count our stu­dents by the color of their skin.”

“Hillsdale College, 1844. United States Department of Edu­cation, 1979,” Arnn added. “The latter has never been very good at history or even current affairs.” 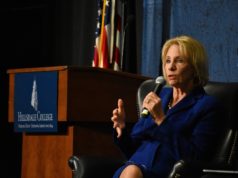 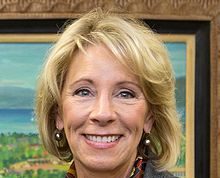