Are you looking for clarity about the true meaning of Christmas? Are you a fan of local theater? How about live jazz?

Look no further than the Sauk Theatre’s “A Charlie Brown Christmas,” a new stage version of Charles Shultz’s 1965 ani­mated TV special, which will run from Dec. 4 through 7 and 11 through 14 at the Sauk in Jonesville.

The pro­duction, directed by Kristen Hood, fea­tures a cast of 11, com­posed of roughly equiv­alent numbers of adults and teenagers. Trinity Bird, the pres­ident of the Sauk, will star as loveable blockhead Charlie Brown.

“I played him when we did “You’re a Good Man, Charlie Brown” seven years ago, so it’s been pretty easy for me to slip back into,” Bird said.

The Sauk’s pro­duction will feature a live jazz trio, which will perform the now-classic sound­track from the special.

“It’s all the music from the ani­mated program per­formed live during the show, so I think that’s pretty unique,” Bird said.

Even devoted Peanuts fans may be in for a few sur­prises.

“What people may not know is that they’ve cut the special down over the years to make space for com­mer­cials, and the scenes that have been taken out are in this script,” Bird said. “So if there are people who have seen the special over the last couple years, there will probably be a couple things they haven’t seen before.”

Bird also said he hopes the pro­duction will appeal to both fans of the original and new fans alike. The play runs a family-friendly 45 minutes, and while it sticks closely to the form of the tele­vision special, Bird said it won’t be an iden­tical copy.

“You want it to be unique but still true to the original, so that’s been kind of fun,” he said. 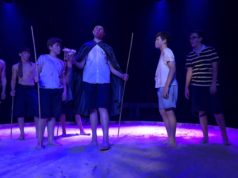 The Sauk premieres ‘Lord of the Flies’ 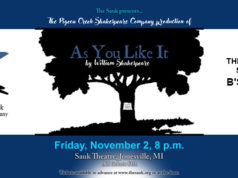 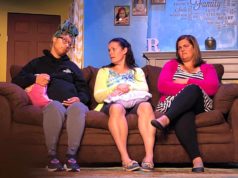