Aspiring bakers squeezed some extra joy out of their Sat­urday afternoon during “Who Called Me a Cream Puff?!”, a baking class for children ages 6 to 13.

Marcia Cole, owner of local dessert shop Cake Thyme, taught seven young chefs the art of making Pate a Choux dough, which is French for the ver­satile pastry known as the cream puff.

For Cole, reaching out to the Hillsdale com­munity with her art and attracting cus­tomers to local busi­nesses is important. By sharing baking with children, she aims to connect a younger gen­er­ation to an art that has been pushed to the back burner in modern edu­cation.

“Before we start cooking, we want to have every­thing ready to go,” Cole said to begin the class.

As seven girls tied flowery aprons and part­nered up at sta­tions around the baking counter, Cole asked her stu­dents to read the recipe and check their sup­plies. The simple recipe requires only four ingre­dients, but Cole reminded stu­dents that baking always follows a plan.

Under Cole’s careful instruction, chefs began pouring, stirring, and mixing. Excitement took shape along with the pastry dough, with shouts of, “Is this half a cup?” “Should we wash our hands if we get eggs on them?” “Hey! It’s starting to bubble!”

Mary Boocks watched her three grand­daughters from a counter across the kitchen. She brought them to Cake Thyme’s first children’s class this summer. In the future, Cole plants to offer one baking class per month — with some being for adults.

“They love it,” Boocks said of her stu­dents. “They love to try new stuff. They’re really devel­oping their skills.”

As the smell of baking cream puffs wafted through the kitchen, Cole and her stu­dents pre­pared a chocolate glaze. They also shaped fondant into roses to dec­orate the cre­ations. In describing this staple of cake dec­o­rating, Cole said, “It’s great, because it’s like Play-Doh, except you can eat it.”

An hour later, proud young chefs greeted their parents with boxes of cream puffs and stories of cre­ative, edible fun.

“I really wanted to learn to make cream puffs, because I’ve had them from the store and they were really good,” Ava Ruley, 7, said.

Her sister Erin, 11, said, “I’d never made dough before from scratch. We usually buy it from the store.”

The joy of making things from scratch is exactly what Cole aims to foster.

She described past teaching expe­ri­ences with stu­dents who, until they made apple­sauce in her class, thought that apple­sauce came from a jar.

“I want to have fun,” Cole said. “Just have fun. Create beauty. That’s important to me.”

Cus­tomers return to Cake Thyme for Cole’s beauty trans­formed into cakes and cup­cakes for wed­dings and birthdays and often return to praise the product they bought.

Cake Thyme, which opened in October 2013, began as a popular feature of the downtown Farmers’ Market. When the store­front first opened, Cole baked at home and trans­ported all her goods to the Farmer’s Market and the store. About four months ago, the business received its baking license. Cole now bakes her products in Cake Thyme’s spa­cious kitchen, which is also ideal for intro­ducing children to the art of baking.

“There’s a rela­tionship building. Those who come back come back for more than a cupcake,” Cole said. 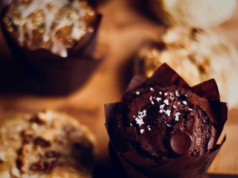 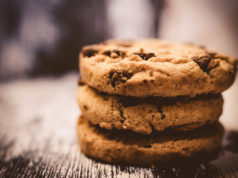