For Hillsdale College men’s bas­ketball, the shame of a 58-year old record has been erased from NCAA record books. Jack Taylor, a sophomore who plays bas­ketball at Grinnell College in Iowa, broke the pre­vious record for the most points scored in a game on Tuesday, Nov. 20.

With 138 points in a single game,Taylor broke Rio Grande College of  Ohio  guard Bevo Francis’s record. Francis scored 113 in a game against Hillsdale College in 1954.

Taylor shot an unprece­dented 108 shots from the field, making 52. Taylor went 27 for 71 from beyond the three-point line. He had no assists.

When Francis set the record in ‘54 he scored 10 more three-point shots than Taylor did in 2012. Rio Grande College dev­as­tated the opposing Chargers  in that game with a score of 134 – 91. 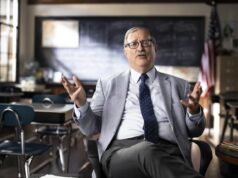