Rep. Ron Paul and former Speaker of the House Newt Gin­grich trailed in third and fourth.

Not so at Hillsdale College.

Over 50 percent of the 184 stu­dents polled at Hillsdale College said they sup­ported Ron Paul, while he received less than 12 percent of the vote in Michigan’s primary.

Sophomore Spencer Amaral said he believes that so many stu­dents support Paul because he under­stands and expresses the prin­ciples taught at Hillsdale.

“We should under­stand why he’s the best can­didate and the best statesman,” Amaral said.

“He is the only one we should support now that we know what we know.”

“Keep in mind,” Koziara said, “that Hillsdale’s own Dr. Wolfram has voiced support for Gov. Romney because of Mitt’s strong under­standing of free-market eco­nomics and business.”

“I’m fearful of a repeat of history,” Koziara said. “The general election in 2000 was so close that — had liberal votes for third parties like the Green Party gone to Gore as they oth­erwise would [have] — Gore would have won Florida and the pres­i­dency.”

Second to Paul, San­torum received about one-fourth of the support from stu­dents. Sopho- mores Melika Willoughby and Brianna Walden actively support San­torum because of what they con­sider his proven lead­ership with social issues and strong under­standing of eco­nomics.

“I was a San­torum fan back before it was cool,” Walden said with a laugh.

“San­torum is the only can­didate that artic­u­lates prin­cipled beliefs without simply slamming Obama or toeing the party line. He made me sit up and listen,” Willoughby said. “San­torum is able to artic­ulate the political phi­losophy and reasons why behind the policies he pur­ports.”

Walden chalked up Michigan as a victory for San­torum — though Romney tech­ni­cally won — since he received so much of the vote despite Romney’s close ties here.

“It would have been nice if  he had won,” Walden said. “But San­torum was out­spent six to one. It’s amazing he did so well in a state [Romney] grew up in.”

“The headline is that Mitt won. The del­egate tech­ni­cality is not as important because San­torum lost the news cycle,” Bachelder said.

In stark con­trast to Romney’s 41 percent of Michigan voters, only nine of the 184 stu­dents expressed support for the former gov­ernor of Mass­a­chu­setts. But student sup­porters Koziara and Bachelder believe that Romney could beat Obama in the general election.

“There is no other can­didate with as much business expe­rience,” Koziara said. “I think he has the ability to turn the economy around with a win in November.”

Bachelder said that Romney’s increasing con­ser­vatism is pos­itive in response to the accu­sation that Romney “flip-flops.”

“When someone comes closer to what I believe, I con­sider it a victory, not some­thing worth assailing,” she said. “That Mitt moved to the right is an asset, not a lia­bility.”

“If we want to elect a can­didate to beat Obama, why would we nom­inate someone like Obama? We should go with someone who has a com­plete con­trast to Obama,” Walden said.

“I was con­cerned with San­torum and his last-minute tactics,” Koziara said. “San­torum is trying to run as the ‘true’ con­ser­v­ative, and his move to attract liberal votes may bite him in the long run.”

Bachelder said that Repub­licans should take the Democrats voting for San­torum as warning signs.

“The Democrats that are voting for San­torum demon­strate that they are scared of Romney. The Democrats are trying to get the Repub­lican party to play into the hands of chaos,” Bachelder said. “San­torum sup­porters shouldn’t be thrilled about it.”

Hillsdale stu­dents remained con­sistent with Michigan trends towards Newt Gin­grich. Only four of those polled expressed support for Gin­grich.

Unlike the more political stu­dents on campus, 31 stu­dents responded as either non-political or unde­cided. A few wrote in names, from Gary Johnson to John F. Kennedy to Louis the XIV. 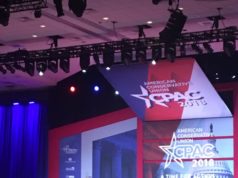 Letter: CPAC is more than just a pep rally 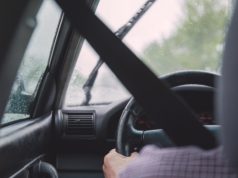